Josh is a lifelong practitioner and student of the gun. He grew up shooting/hunting with his dad, and was given his first gun, a 12 gauge shotgun, when just a small boy. After high school, he joined the Marines where his love for firearms blossomed as he qualified with an M16A2, an M9, and a 240G. Josh has been writing about firearms and tactics for several years, owns the blog Gunners Den, is a staunch supporter of the Second Amendment, and believes that each individual person has the right to self-defense by any means necessary. Currently residing in gun-friendly NC, he carries a concealed gun on a daily basis, even in his own house. 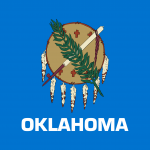