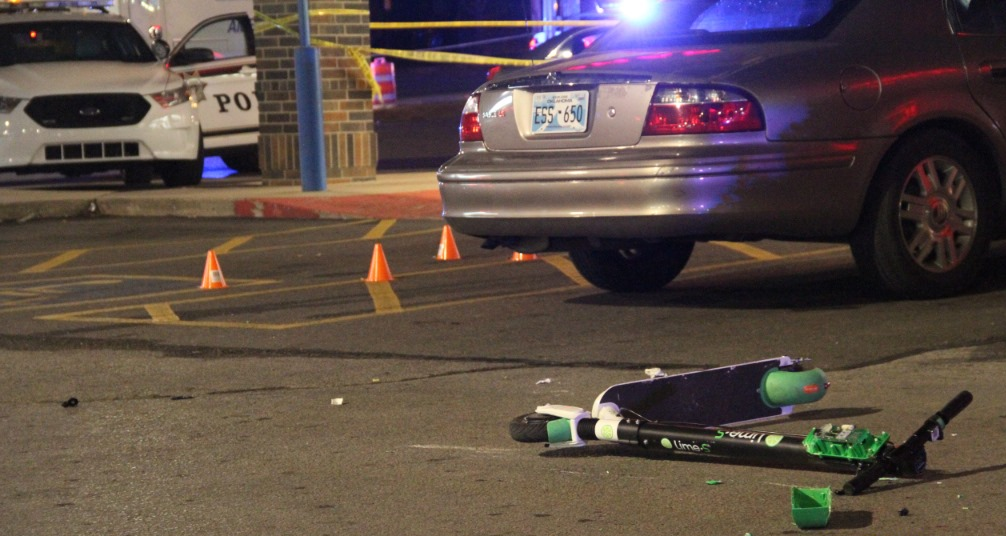 According to police, Andrew Stites was riding a rental scooter to a Walgreens located at 14440 S. Lewis Ave. around 11:00 p.m. to pick up medications at the pharmacy.

As he was leaving the drugstore, a verbal altercation broke out between himself and an adult woman and a boy in a car in the parking lot. It is unknown at this time what the relationship between the woman and boy where.

Capt. Shellie Seibert of TPD said, at first Stites walked away from the argument, throwing down his scooter as he left. But then turned back to the parked car and pulled a knife out.

As he advanced on the car, the boy grabbed a pistol and shot Stites several times. The boy also accidentally shot himself in the wrist in his haste to stop the threat.

Stites stumbled back and fell to the ground where he died. The woman backed the car up and sped away from the scene, driving to a nearby hospital for treatment of the boy’s wounds.

According to Capt. Seibert, it does not appear that either parties knew each other. Both the woman and the boy are cooperating with authorities, and their stories, along with those of other witnesses of the shooting match up with surveillance footage.

According to Tulsa World, Homicide Detective Sgt. Brandon Watkins said that investigators have still not determined if charges will be filed in the case, but that the shooting would most likely be ruled self-defense.

“This case is still under investigation and at this time we are not arresting the shooter, if something changes in the case we will update you.”

Vehicles are some of the most popular places for crime to happen. Do you know how to fight in and/or around a car? Brush up on your kills with the Vehicle Firearm Tactics Course – Online & DVD.

What do you think of this self defense shooting? Leave a comment be low to let me know.

6 Responses to Boy Shoots and Kills Attacker With a Knife